The humans are the lesser used race in Warcraft II, owing to their lack of superpowerful bloodlust. The healing spell the paladins have can’t be used fast enough to save paladins from a lust attack. The small number of players who have mastered and regularly play the human race have become masters at using their power unit, the mage. The mages have a very powerful blizzard which can wipe out a group of ogres, as well as the ability to become invisible and sneak attack to destroy the enemy’s gold mine operation, thus removing their ability to continue to make units as they run out of gold. 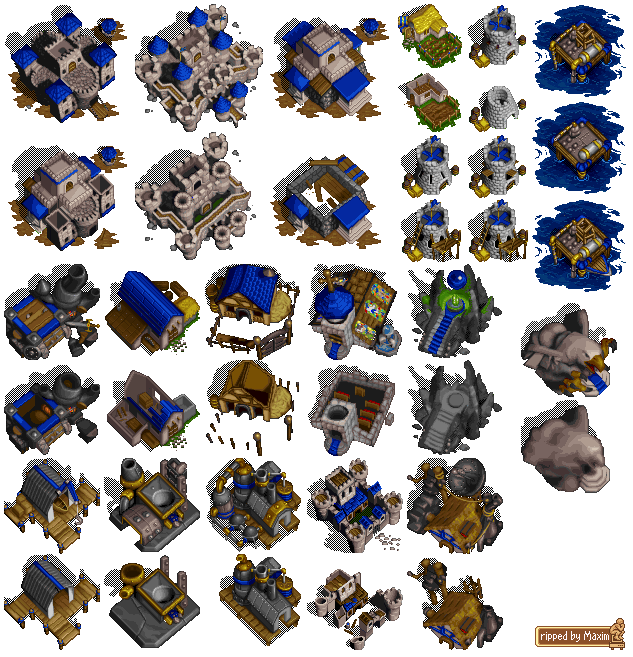 The Mage Tower produces the human spellcasting unit, the mage for humans. A castle is required to build a Mage Tower. Mages automatically have fireball, but the other human spells that can be upgraded or “researched” for mages include flame shield (surrounds a unit with fire, causes damage to any units touching the fire), slow (slows down units drastically), blizzard (rain ice on enemy units and buildings), invisible (make your unit invisible until it attacks or wears off), and polymorph (turns an enemy unit into an animal).

In the Church, knights can be upgraded to Paladins, which have holy vision, which means they can vision a fairly large region anywhere on the map for several seconds. Paladins can also get exorcism (a spell which attacks death knights and skeletons from a distance) and healing (to restore lost hit points to your team’s units).