We knew Matty as a Warcraft 2 player. He will have been gone for a year in May 2022.

Everyone who played with and remembers Matty would remember his easygoing nature and positive attitude. He was good and kind and played the game he loved with heart. He was no quitter, coward, or crybaby, and met any challenge with his usual determined calm and in-game ferocity. Hanging out with him was always a great time. The world of Warcraft 2 was richer and better because he was a part of it, and his playful nature and amiable laugh will be sorely missed.

Ganja and Vizzer were the first 2 players in ru to actually treat me like a human being. They both took the time outta their days to teach me how to get better and specially FCLI-Ganja. That so called famous rush I do, that’s because of Ganja and Vizzer teaching.

Matty was a kind man. He was genuinely interested in what you had to say. He kept an upbeat attitude, and an endearing cackle on deck.

My mom was the one who bought War2 for herself many many years ago when I was like 11 or 12.  I would hop on her computer and play campaign, and fell in love with the game.  I eventually discovered a site called “Zone”, where I played online for hours every day.  One of my longest streaks for staying awake was when I played Warcraft 2 on Zone (50 hours straight).  This was before Battlenet existed, so you could say I’m fairly oldschool.

My family moved back close to where I lived as a kid, and I was able to re-unite with my best friend whom I hadn’t seen in years.  His name was Matt.  We quickly continued where we left off a few years ago and became best friends again.  I taught him how to play Warcraft 2 around the time Battlenet came out.  Though we made many different names along the way, the ones that stuck the longest were Mad-Rusher77 and Mad-Luster77.  He made his name first and I made a name that resembled his, for 2v2 purposes.  He got good at the game very fast, and we were a force to be reckoned with on US West.  I eventually moved far away again, and we did not stay in contact too often.  Once in a blue moon on Facebook.  During the decline of BNET and rise of RU, I stepped away from the game.  He and I decided to hop onto the RU server about 5 years ago, where we had some fun for a week or so.  I ended up leaving the game again though because of my addiction to LoL.  I tried bringing him to LoL with me, but he couldn’t get into it.  He stuck with War2, and we became distanced again.  Upon seeing people stream War2 on GOG and the USA server on Twitch this year, I decided to play on those servers to see if I still had it in me.  Aside from that week of play about 5 years ago, I had not played this game in maybe almost 10 years.  I picked it back up really quick, and started enjoying the game again.  But the day after I started playing again, I found out Matt was in a coma.  I hoped he would come back to us, but I did not get the happy ending I hoped for.  I have a passion for this game for many reasons.  It is a huge part of my past as well as a link to my memory of one of the best friends I have ever had.  I get mixed emotions when playing this game, but I ultimately still love it, and will always consider it the greatest multiplayer experience of my life.

RIP Matty[iS].  Would have loved for you to be here during my return to the game. 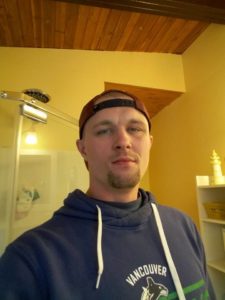 How about Legacy Warcraft II?by TuPaCYou can play this in a web browser now. There is a dosbox emulator … Read More3 weeks ago

Multiple games on same IPby TuPaCCan you come talk to us? If you join the discord you can visit cha … Read More3 weeks ago

Discussion about Smurfingby BabySharkIt's great to have an open mind, just don't let it be so … Read More1 month ago

UDTAby Panda TarAh, thanks for the reply, TuPaC. I actually bumped into the Dis … Read More2 months ago